Why Female Pronouns in RPGs Matter to Me

I mean this in the nicest way possible: I don’t care if an RPG uses “he”, “she”, “him or her”, or “it” as a pronoun throughout their examples. Whatever gets your point across. If certain pronouns in your examples help you deal with your white male guilt, go for it.

from RPG Blog II
First: I totally admit that this kind of thing can be taken too far. You've all seen the kind of thing I'm talking about. The "strong female character" is probably one example. Ridiculous, immersion-breaking gender inclusivity in an otherwise pretty straight up medieval fantasy world is another. In general, white guys patting themselves on that back for how sensitive and PC they're being is annoying, not inclusive.
And fundamentally? The way Zach's phrased it? That's cool, too. He doesn't care. Either way works. Good for him.
But me? I really, really like it when game manuals use female pronouns.
I don't really care what system you use. Alternating between sentences? Not perfect, but okay. The DM is female (or male) and the players are the reverse? That's pretty good. Characters referred to with one gender, and players with another? Also good. Alternate by chapter? Sure. Alternate by character class? Great. (Especially if it's a book where you have iconic characters used as examples throughout -- if you flip through the 3e books sometime you'll see that all the examples referring to a rogue use female pronouns, because Lidda is female. Props.) 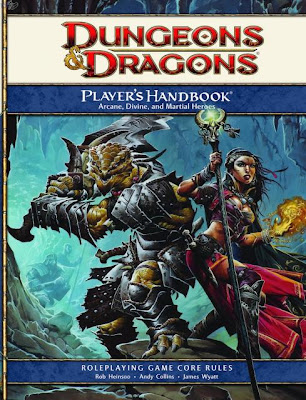 Not that I won't use a book that only uses male pronouns. Sure. Grammatical clarity. Technically, it's "gender neutral." Okay.
But you know what? RPGs are a male-dominated hobby. Massively. Painfully. Most of the times, the books assume they're being read by men. The cover of the 4e player's guide came complete with a HALF-DRESSED SEXY WOMAN contorting her body in order to show off all of the "good bits", next to a completely reasonably dressed male dragondude. Okay. Whatever. For the most part, they are.
But it sure is nice when the makers of a game book go, "Hey! We know there are women reading this! We'd like there to be more!"
When I was 14, I never felt like RPGs were a male-dominated hobby. I knew it was. I was often the only girl there when I went to the game store. I hung out enough online to know that wasn't unique to my area. I knew the history. But my game-group was mostly female, and there were female players in the 3e D&D guides.
That was pretty cool. I'm not sure it would have kept me out if that hadn't been the case -- in fact, I'm pretty sure it wouldn't have. But I appreciated it. It impressed us. I still remember flipping through the Player's Handbook, and the DMG, and seeing "she" and "her," and thinking, "Right on! The designers know that girls are playing. They like that we're playing!" And talking about that with my friends. It made D&D into something that helped us be 14 year old female nerds, that helped us get through being 14 year olds, period, instead of something we had to fight against to be who we wanted to be.
Pronouns aren't the only way to do that. LotFP: WFRP doesn't have any female pronouns in it, but it's got a picture of a female player, and that's pretty rad, too. It's got equal opportunity grimdarkviolence and sexiness. Both of which are appreciated.

But goddamn, do a few female pronouns help.
Posted by Natalie at 1:17 PM