One odd thing I noticed was that no one I played against used Phyrexian mana the whole game. Neither did I. Act of Aggression showed up late in the game when it did show up (and I really hadn't gotten the hang of using it yet anyway), and that was really the one thing I was thinking of seriously using. I probably should have put Apostle's Blessing in my main deck, but I had enough low-cost cards as it was.
Posted by Natalie at 11:11 PM 9 comments:

Everything You Thought You Knew About Me Is a Lie

I don't normally share much about my personal life here, but considering that it means I'm going to need to update my blogger bio: 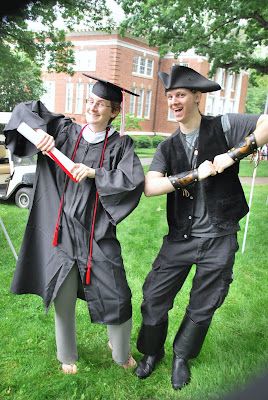